We would like to dedicate this blog entry to new members of our growing community of developers who use computer vision in their products. Thanks to cloud API hub Mashape we had an opportunity to open our face detection and recognition API for free usage during several recent hackathons: AngelhackNYC and APIDays Mediterranea.

During the AngelhackNYC “OrderCandy” team (Vache Asatryan, Pasha Riger, Antonio Pellegrino and others) built an ad system which used our face detection API to start the interaction with a person automatically when the person is detected in front of the ad screen. A short welcome message is followed by an offer to make an order from the local coffee shop menu. The order is made by using hand gestures on LeapMotion. Our API is also used to capture the picture of client face for giving the order out to the right person. Additionally, expression recognition is used to unlock an “Easter egg” (discounts, etc.) with a smile.

During the APIDays Mediterranea “LoveHere” team (Javier Abadia, Jaime Nieves Martinez, and Francesc Puigvert Pell) in 7 hours built a dating platform which allows users to connect with nearby people without compromising personal information. After taking a picture of him/herself the user is registered in the system. The photo is analyzed to estimate age and gender (that’s where our API was really useful). The app also uses the ArcGIS Online hosted map service for storing user’s location and finding other nearby users. Additionally, the user can perform phone calls to nearby potential dates without revealing the personal phone number. Another great Twillio API was used for that. Check out the demo video here.

We wish nice, fun and productive days for the hackathon winners, Mashape and all of you guys. 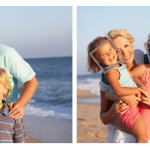 Our face recognition algorithm in action 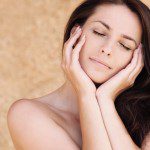